Beacon technology: What you need to know…

Beacon technology: What you need to know… 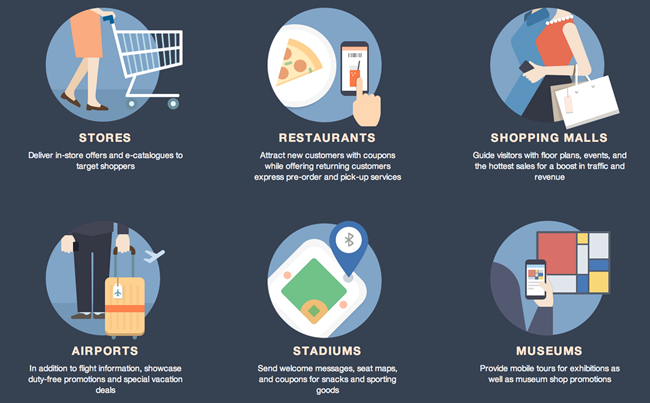 Beacon technology at airports – which has the propensity to completely transform duty free marketing and promotion – has been talked about for years, but is only now actually being deployed at a number of hub airports around the world.

As the technology is still in a trial period at some airports, many in the industry are still in the dark as to how ‘beacons’ actually work or what the proven benefits of deployment are.

At several conferences this year, one being ACI Europe in Milan, another Meadfa in Jordan, beacon technology has been cited as the necessary ‘next step’ in digital services and promoting retail and F&B at airports.

Among its other uses beacons can serve as a way to communicate the latest duty free offers or exclusive products when passengers near the relevant outlets [much like the experience which is facilitated by popular App, Foursquare at border stores].

After talking to Alan Glasby, Product Manager for leading air transport IT and communications specialist, SITA, TRBusiness provides its understanding of beacon, touted as ‘future for now’ technology.

So what are beacons?

They are small, often battery-powered devices of which there are multiple manufacturers, but Apple iBeacon is by far the most established. These beacons transmit a ‘unique identifier’ (a message which communicates its location) every 100 milliseconds, which a smartphone app then detects and reads.

Of course, in order for the airport/retailer to receive information/data back from the passenger, he or she must download an app. [Many airports now have a dedicated app mainly for navigation and wayfinding purposes, such as Schiphol for example].

The beacons are used with a proximity marketing tool e.g. an app. Once the beacon is discovered by device a notification is delivered to the passenger’s smartphone home screen. The assigned content is then displayed to mobile users via the app’s web view or device browser. 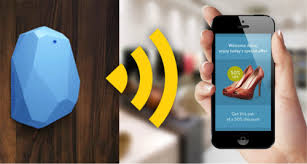 Why does the industry need this technology?

A beacon together with the app can tell us where a passenger is; where they have been and possibly who they are. It can also tell us their itinerary, their flights, their destination and where they are going in the airport e.g. which gate they are departing from.

What can go wrong?

As with any new technology, especially one that needs a WiFi connection, a trial and error process is expected and glitches may occur. However, maintenance and monitoring is vastly automatic, says SITA.

The network of beacons use iCloud and Bluetooth technology to report on the health of each beacon. This report can then be sent in an email message to the client. SITA’s Glasby said that an airport would need just 0.2 of an additional staff to monitor this. 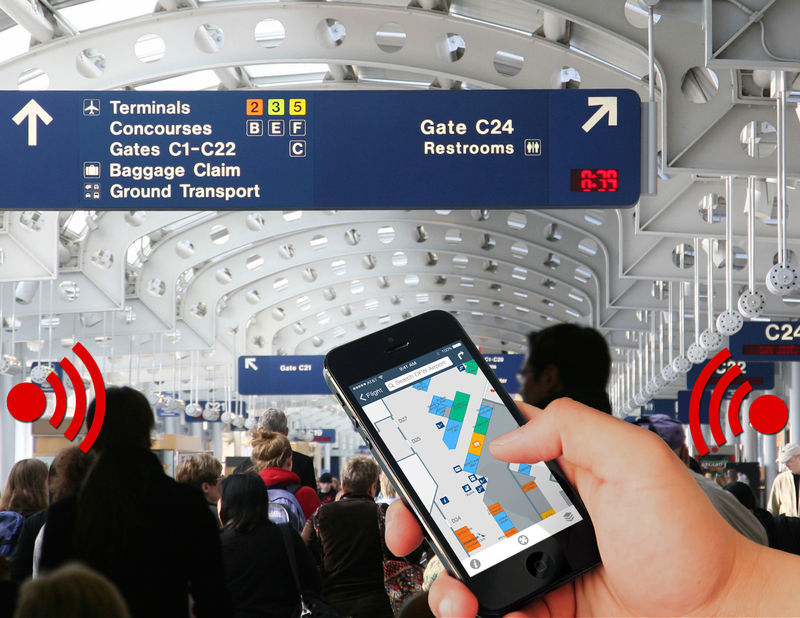 But what about the strength of the WiFi connection needed and what happens if this is overwhelmed by multiple users e.g. the passengers? Glasby responds: “Airport management typically will have multiple virtual WiFi networks, so often the management of beacons will be on a separate dedicated network [i.e not competing with what the passengers are using]. It’s a fairly low amount of data that’s being transferred over as well. Beacons are simple battery-powered devices so there shouldn’t really be any dropouts.”

Do passengers need to use up their own data [3G/4G] to benefit from this new technology?

“However, you can also cache a fair amount of data on the app in the phone as well. So if you know your itinerary and you are travelling from Amman back to Heathrow, for example, you could potentially download data on to the phone about beacons at Heathrow before you leave Amman, so that on arrival you not relying on roaming data charges.”

Where can we find beacon technology?

Dallas was where SITA first deployed beacon technology in a ‘proof of concept’ partnership around 18 months ago. Since then SITA has gone through two deployments in Miami.

“One was a proof of concept initially, followed by a full operational deployment,” Glasby told TRBusiness. “So I think the whole industry involved in this is still learning about how best to do it and in which cases it works best.”

There are now 450 beacons at Miami International Airport and 1,500 at Schiphol. Earlier this year AMS reported this fact, claiming that it is Europe’s first airport with beacons present in all public areas. Hong Kong International Airport as well as Singapore and Qantas airlines have also trialled beacon technology within the last 12 months.

“Some of [the airports] are concerned about the potential impact on the image of the airport if beacons are deployed and passengers are then inundated with messages,” adds Glasby.

Glasby told TRBusiness that ACI and IATA are aiming to come up with regulation to avoid the above happening as ultimately the customer must come first.

“Whilst it may not be the airport that’s doing it, that may be perceived by the passengers as a problem at airport X. Y or Z. What we found talking to some airports is they’ll say, ‘well we’ll control any messages that go direct to the passengers’ and therefore they’ll be the one to decide which marketing campaigns are going on at any one time.” 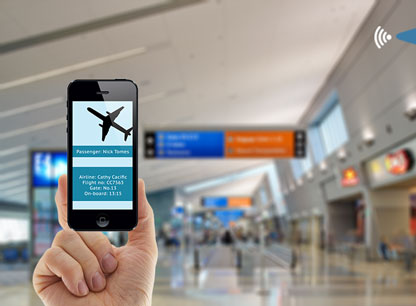 Glasby pointed out that most of the European airports are independent businesses that are often under pressure to make money, per department.

“They tend to split into different departments, each with their own profit and loss, so they might have an IT and Telecoms part, which has got to make money on its own, so it can’t necessarily rely on the fact that overall the airport’s making money.

“A lot of American airports are owned by the local city or state or whatever and therefore they’re not looking to make money in quite the same way as a business might be. It’s run more for the benefit of the passengers.”

And finally…How much does it cost?

Each beacon costs ‘a few tens of dollars’, but ideally an airport also needs to employ a full-time Head of Digital in order to really manage and monitor the marketing and promotions being communicated to passengers via an app.